Miller Park is one of the few ballparks in Major League baseball with a retractable roof.  Miller Park is in Milwaukee, Wisconsin, which is only a one and a half hour train ride from Chicago.  I took a trip there last Sunday to watch the Milwaukee Brewers play the Washington Nationals. 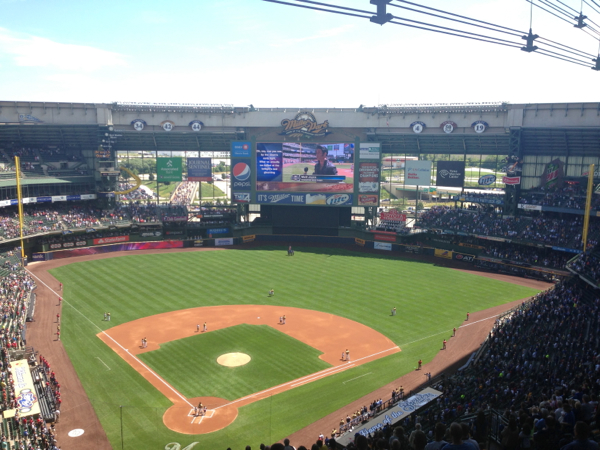 View from our seats at Miller Park, while an Elvis impersonator signs the American anthem

The stadium is very impressive and there was a real carnival atmosphere.  There was loads of entertainment for kids and they even handed out free bobble head figures.  The games was also very interesting;  the Brewers looked really clueless early on, making errors and it looked like their heads were on a different planet.  But around the 5th innings things started to change and they managed to come back and win it in the end. 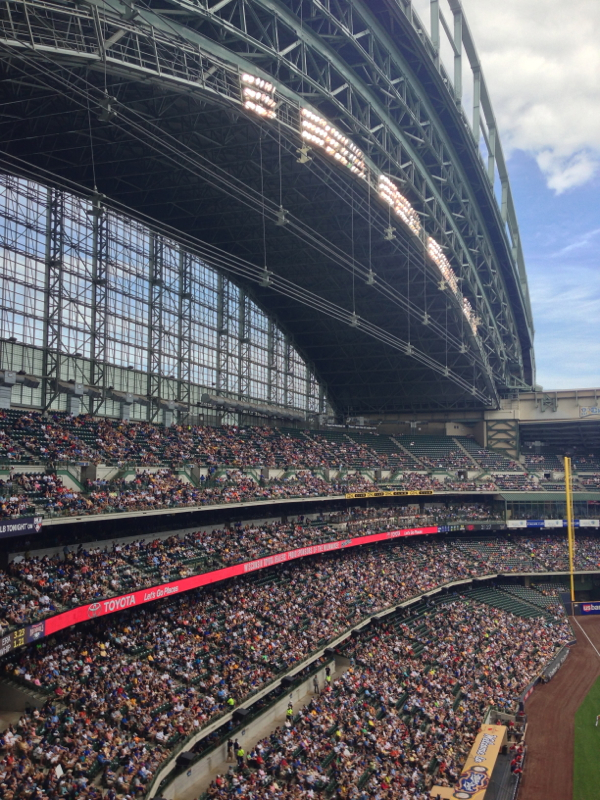 View of one side of the retractable roof

What is interesting is that the stadium was funded through taxpayers’ money, by adding an additional sales tax in the surrounding counties.  This additional tax will run until about 2017 to recoup the money, more than 20 years after it started.

The 1957 Milwaukee Braves, the only World Series Champion team Milwaukee have ever had, they have since moved to Atlanta

The cost for the stadium is estimated to have been around $400 million.  Which sounds like a bargain compared to the $1,5 billion that was spent on the new Yankees Stadium in New York, which does not even have a roof.  And holds only few thousand people more than Miller Park. 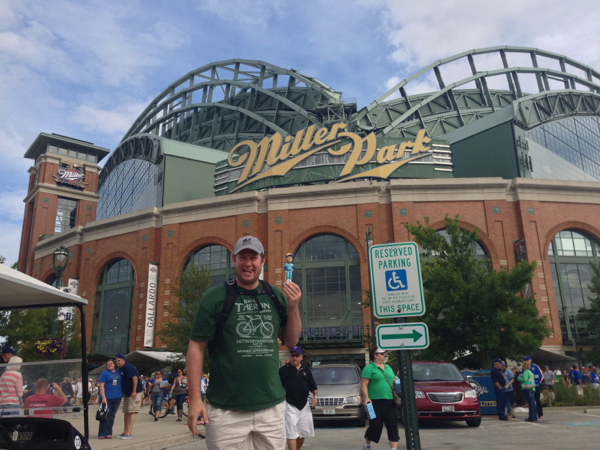 The view at the stadium from outside, with the free bobble head figure they handed out on the day. 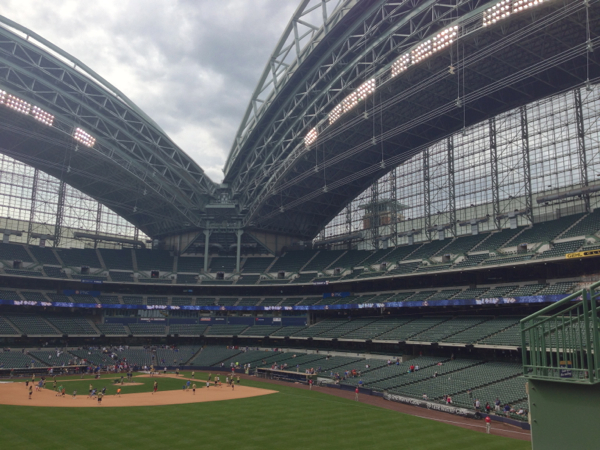 After the crowd has gone

It was great fun doing a daytrip to Milwaukee and seeing a baseball game at Miller Park.  The only hiccup was a delay on train back to Chicago in the evening, when another train hit somebody that was trespassing on the train tracks. So we were delayed for a few hours.