You have to read Multipliers, it will change the way you see the world! Multipliers work from the assumption: “People are smart, they will figure it out” 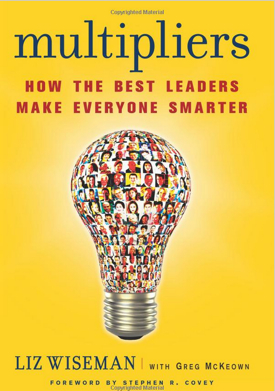