It is amazing how much can change in a year, and how quickly something that usually takes forever can come together. How long does it take form a great friendship?

While I was still at Private Property I would often meet with other people in the industry.  While I was playing golf one day with a friend from school he mentioned that another guy, Gert van der Walt, who went to school with us, was a co-founder/owner at myroof.co.za.

That sounded like a great excuse to get in contact with Gert again.  After a few phone calls I got his number and we arranged to have breakfast.  There I met Jano, Gert’s business partner for the first time.  For about a year we would have a breakfast meetings every now and then.  To make a long story short, after I left Private Property and had some time on my hands, Jano and I started playing squash.  He then got me kicking and screaming onto a mountain bike and the rest as they say is history.

Our families started to spend time together and from the first braai, our wives and kids got along very well.  Although Jano’s first introduction to Monopoly Deal card game turned into disastrous defeat, we started spending more time together.  Once we decided to come to Fernie we said they should come and visit.  I’m not sure if I was really expected them to say yes, since we had known each other for only about 3 months by then.

In an epic display of new found friendship, Jano booked airplane tickets late one evening not long after we did. From then on, no one in either family could wait for the holiday to come.  On the way to Fernie, between the cries of exhausted children Jano and I discussed what it would take to make this the best holiday ever! 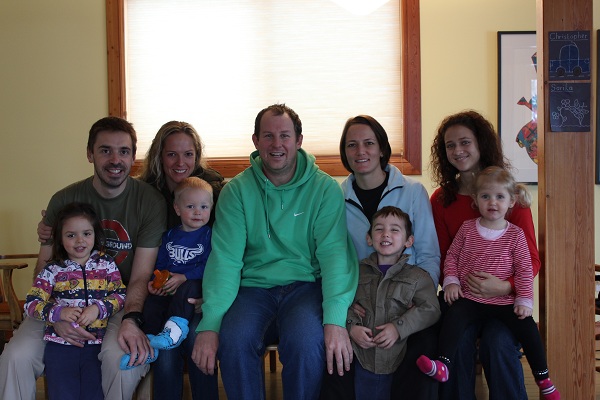 New found Friendship: Adriaanse, De Jagers and Eunice (the super nanny) on the last day of the Epic Holiday!

Then as I dropped them at the Calgary airport again after 3 weeks, we agreed:  This was the Best Holiday EVER!  I still don’t really know how we managed to become such great friends in only 6 months.  It could be because we are both technology junkies, or maybe that we are/were both in web business. It could also be because our wives and kids get along like a house on fire.

Whatever it is, I hope this new found friendship can make many more best holidays EVER!